Partially used ticket cancellation (after departure)Travel plans can change even during travel! For such cases you would need to apply for a partial ticket refund. Some tickets allow it, others do not. Even a fully refundable marine fare, before departure, can be prohibited from even a partial refund in case it is partially used. This means, that once a passenger used at least one flight, the costs of the whole ticket are being charged. Often times airlines claim that this is due to internal pricing policies, aimed at saving them costs, time and effort.Let’s say a fully refundable ticket before departure includes 3 flights. The passenger used the very first flight and went on to cancel the ticket to get a refund of the two unused flights. In this case, if the airline has a remark in the fare rules that a ticket is non-refundable after departure or in case it is partially used, it means that though some flights are unused, their costs are forfeited due to the airline rules.Important to rememberC Teleport suggests ticket refundability before flight departure!Whenever C Teleport marks a ticket as “fully refundable”, it means that the ticket has to be cancelled before flight departure to get the full refund. Otherwise, the no-show rules apply.A ticket can be refundable before departure and paid in case of a no-show. The refundability and no-show rules can be very different!C Teleport highlights the no-show rules in the text of the airline rules.Please always check fare rules before purchasing a ticket.Once a ticket is issued, fare rules apply. 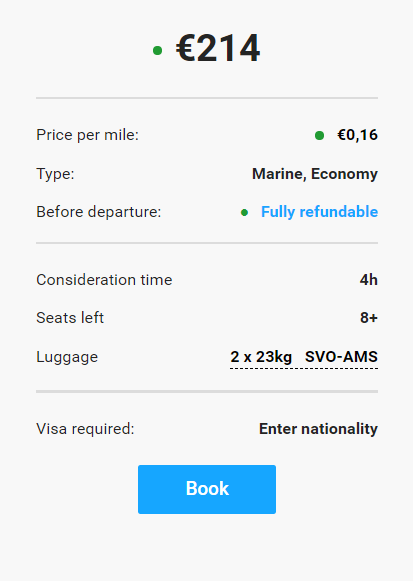 * If ever the fare rules are not clear to you, please approach us in chat and ask for help.Need more info? Go to the article on Ticket refundability.

Was this article helpful?